Learn About LifeXT Read the Book Contact Us BOOK A DEMO 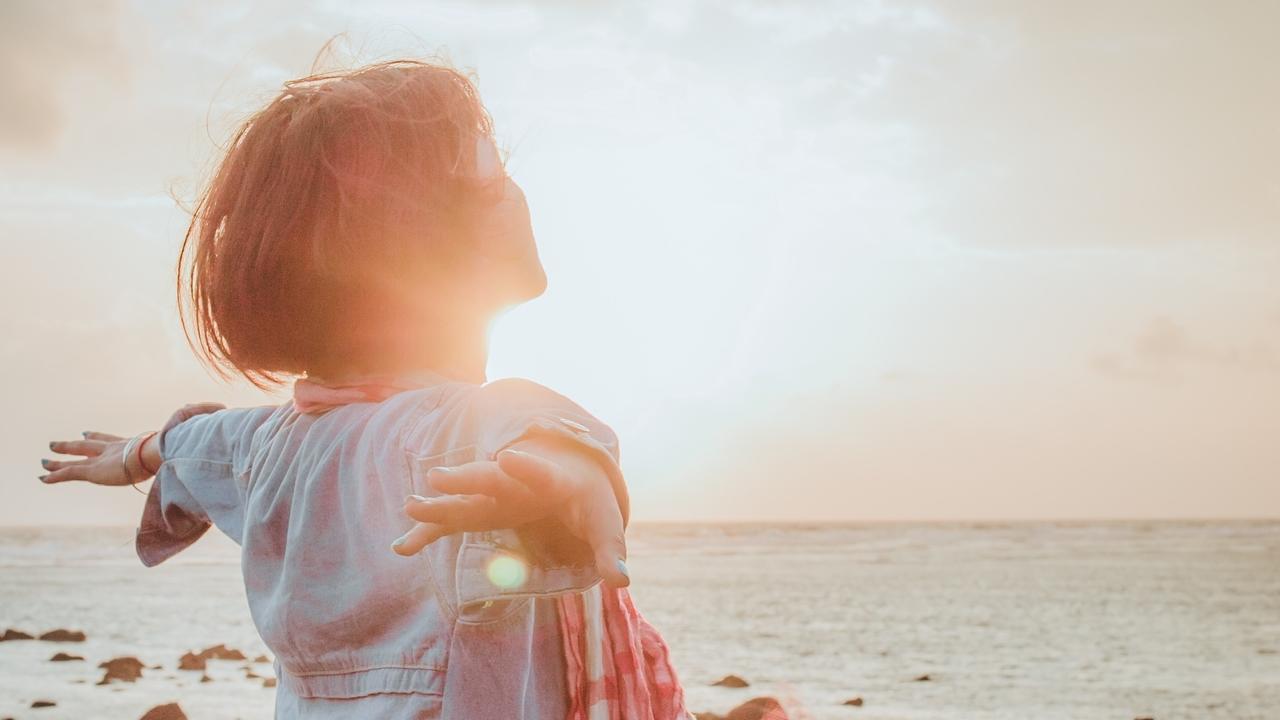 Here's a tip for dissolving stress that's not even close to being cutting edge -- it's thousands of years old.

If you could go back to the city streets of 5th century BCE Athens, you might find shabbily clothed older man with bulging eyes and a potbelly who often stood in the market square questioning his thoughts in public and those of passersby.  Today we would likely dismiss a man like this as “crazy,” “weird,” or “homeless.” He did, in fact, explain to those who asked that he had what he called a daimonion, a voice in his head that gave him advice, mostly telling him what not to do.

“This is something which began for me in childhood,” he would explain. “A sort of voice comes, and whenever it comes, it always turns me away from whatever I am about to do.”

This man was not a social parasite or a crazy person. His name was Socrates, and he was a man many scholars consider to be the first philosopher.  Socrates had no school, had no formal method, and wrote no books. But he did have one powerful tool: inquiry. In various ways, he repeatedly asked the question of himself and others, Is it true?

What makes Socrates’ method of inquiry so radical is that it cuts against our ordinary habits of the mind.  Rather than questioning the thoughts that cause us stress and suffering, our natural tendency is to believe them as certain truths.   Thoughts like, I can’t, She/he doesn’t love me, or I don’t have enough (money, time, love, etc.) flow in and out of consciousness all day long.  This continual backdrop of mental story-telling creates the lens through which we view reality – a lens that’s clouded by focusing on the negative, worst-case scenarios, and catastrophic fortune-telling.

Mindfulness and meditation practice play a critical role in reducing the stress that comes from these potentially troublesome beliefs and stories.  And yet, for many of us, non-judgmental awareness often doesn’t directly address the key Socratic question that empowers these stressful stories:  is it true?

For example, if you have the thought “my partner doesn’t love me,” it can be a powerful practice to become less attached to this belief by bringing a non-judgmental attitude of awareness to the emotions and sensations that spring from it.  But the Socratic insight is that we can directly question the belief itself by asking yourself: “is it true?”  This leads us to consider how the opposite might be just as, if not, truer.   In the end, this process allows us to dismantle the foundations of each stressful thought, which results in a tremendous sense of freedom.

So how can you learn how to do this practice?   We recommend two primary practices.  The first is an in depth form of inquiry developed by Byron Katie called The Work. This technique involves identifying a stressful thought, asking four questions, and then turning the belief around to its opposite.  You can learn more about this process through the free videos and resources available at www.TheWork.com.

The Work is a powerful formal method for questioning your thoughts, but, like all formal methods of practice, it takes a considerable investment of time to experience its benefits.  It’s not something that you can do in the middle of a meeting or while driving to work.

In our book, Start Here, we  present another, more rapid technique for questioning your thoughts that you can integrate into the flow of your everyday life.  It’s a tool you can use anytime, anywhere.  It’s a three-step practice based on the idea of Notice-Shift-Rewire – the core inner technology of integration that we use throughout the Life Cross Training Program.

The first step is to Notice.  As you go throughout your day, Notice when your mind is caught in a swirl of stressful thoughts or emotions.  The feeling of struggling serves as a really good cue here. This sounds like a relatively simple step but it’s actually the most difficult part of the process.

The challenge is that when you’re stressed about an upcoming meeting or irritated after reading an email from your co-worker, you can get so caught up in the emotion that you lose awareness – you basically forget that all this stress arises from a thought, which may or may not even be true.

Once you Notice, the next step is to Shift.  To do this, all you have to do is ask yourself the Socratic question: “is it true?”

For instance, let’s imagine that I have the thought, “Larry doesn’t respect me.”  The first step would be to simply notice this stressful thought arising.  The second step would be to ask myself: “is it true?”

The final step is to Rewire – to take just 15 to 30 seconds to meditate on the question “is it true?”  This final move is really important.  It’s where you have the opportunity to explore whether the opposite of your original thought is just as if not more true.  It’s a short pause that gives you the space to let go of stress and irritation and allow a bigger perspective to emerge.

As you develop both the formal and informal practice if inquiry, you can expect benefits on two levels. First, you will notice a change in the way you experience the world. You will notice that the situations, thoughts, and people who once caused you incredible stress no longer trigger you in the same way.

The more you practice Inquiry, the more you can also expect similar changes in your relationships. By questioning the thoughts that cause worry, irritation, and resentment toward the people in your life, you open a space for more love, trust, connection, and personal peace.

Stay connected with news and updates!

Join our mailing list to receive the latest news and updates from our team.
Don't worry, your information will not be shared.

Stay connected with news and updates from LIFE XT

LifeXT’s Chief Growth Officer Jan Anne Dubin Selected as One of the 20 Most Inspiring Chicagoans Sep 27, 2019
'Completion Addiction' Is Destroying Your Productivity. Try These 3 Strategies to Focus on What Really Matters Aug 08, 2019
Feeling Stressed Out By Your Email? You Might Be Suffering From Email Apnea Aug 07, 2019
Close

Request a Demo with LIFE XT

Fill out the form to request a demonstration of the LIFE XT program and experience firsthand how our employee resilience program can change your business - and your life!