Learn About LifeXT Read the Book Contact Us BOOK A DEMO

Me, My Shelf and I: Eric Langshur 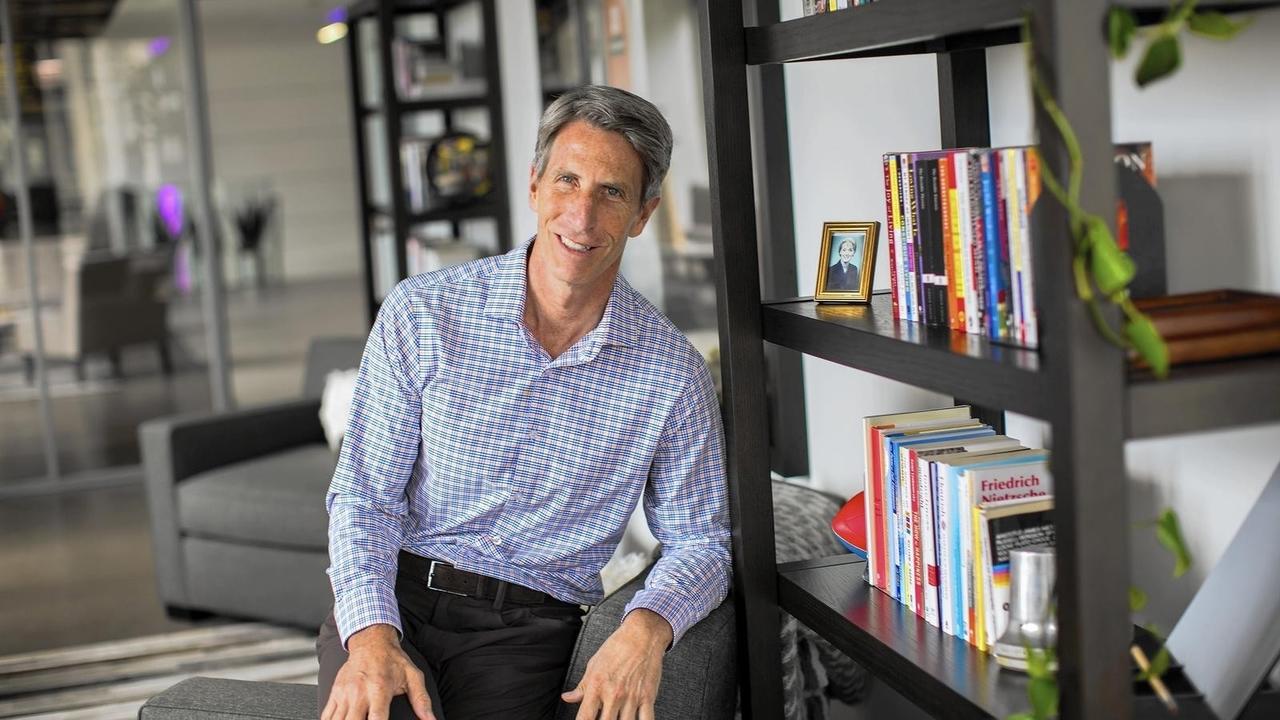 When entrepreneur and investor Eric Langshur decided to write a book about well-being, he wasn't interested in publishing something thinly researched or narrowly focused.

"There are so many self-help programs, so many things you can read," says the founder of Abundant Venture Partners. "We wanted to synthesize a body of ancient, spiritual, and philosophical wisdom and create one efficient, science-backed framework for well-being." The book, "Start Here," co-written with former philosophy professor Nate Klemp, took four and a half years to write.

Released in May 2016, it quickly hit the New York Times best-seller list. "'Start Here' maintains that well-being is a skill that can be trained," Langshur says.

On a shelf in his sunlit office in the Loop overlooking the Chicago River, books such as "The Power of Habit" by Charles Duhigg, the Hindu scripture Bhagavad Gita and the Tao Te Ching function as a bibliography of sorts: "I realized they were essentially saying the same thing."

Stay connected with news and updates!

Join our mailing list to receive the latest news and updates from our team.
Don't worry, your information will not be shared.

Stay connected with news and updates from LIFE XT

LifeXT’s Chief Growth Officer Jan Anne Dubin Selected as One of the 20 Most Inspiring Chicagoans Sep 27, 2019
'Completion Addiction' Is Destroying Your Productivity. Try These 3 Strategies to Focus on What Really Matters Aug 08, 2019
Feeling Stressed Out By Your Email? You Might Be Suffering From Email Apnea Aug 07, 2019
Close

Request a Demo with LIFE XT

Fill out the form to request a demonstration of the LIFE XT program and experience firsthand how our employee resilience program can change your business - and your life!